A2 Milk Benefits: Learn The Benefits Of A2 Milk

HomeA2 MilkA2 Milk Benefits: Learn The Benefits Of A2 Milk 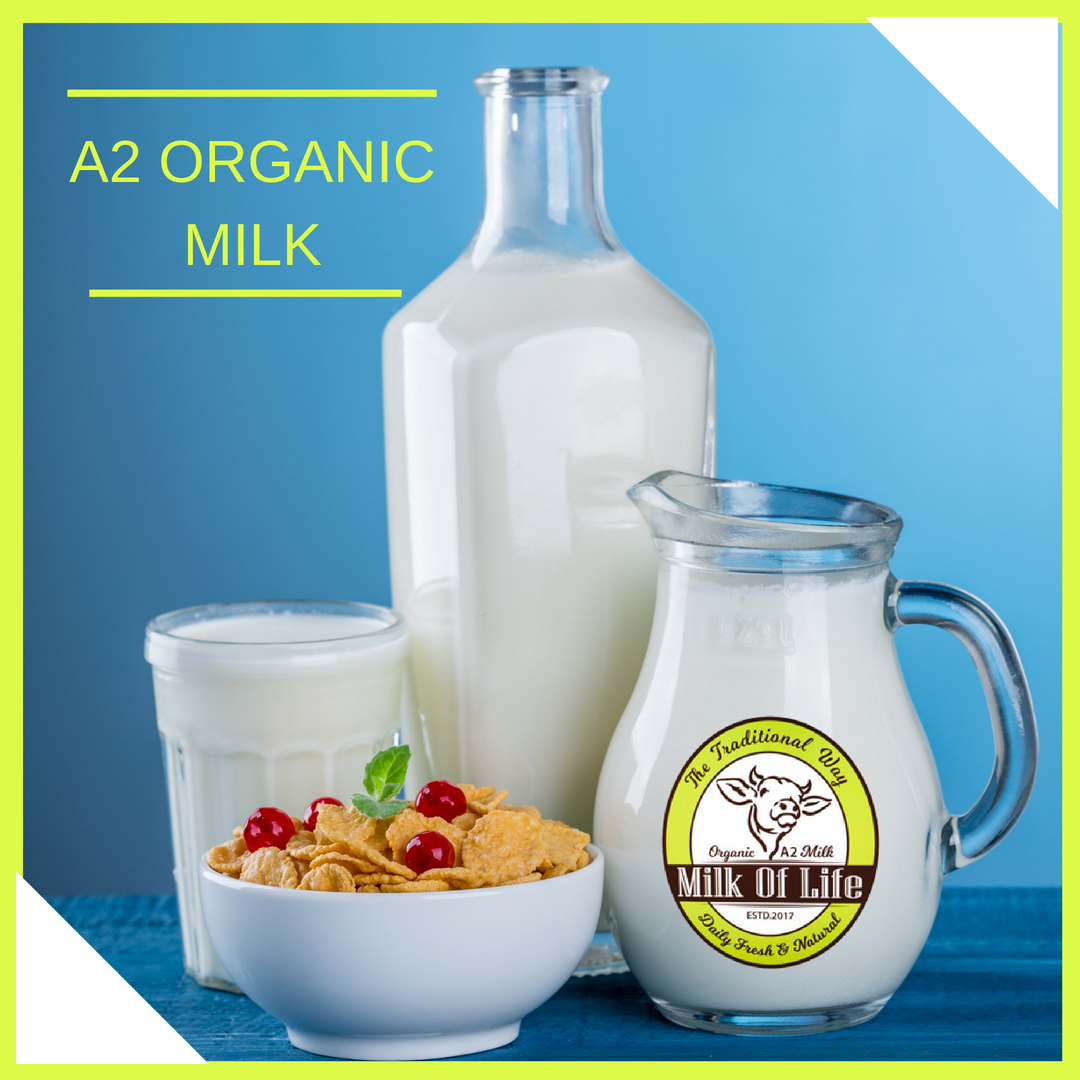 To begin with A2 milk benefits, A2 milk is the milk produced by cows that have only A2 beta casein protein. Cow milk is available in two types of beta-casein proteins. These proteins are A1 and A2, which differ from each other by a single amino acid. Most of the dairy herds in Asia and Africa produce A2 milk. Our Indian breeds such as Gir and Sahiwal are best when it comes to giving us high-quality A2 milk. European cows, on the other hand, produce A1 milk.

The reason behind growing demand for A2 milk is that it is believed that A2 is the original and natural protein which existed in cow milk since the very beginning, and A1 protein came along much later as a mutation with the increase in demand for high quantity and quality milk. The human body reacts to both the proteins (A1 and A2) differently because A1 has an amino acid called histidine and A2 has an amino acid called proline.

As compared to A1 milk, A2 milk is much easier to digest for people with weak digestion. The A1 protein creates a protein fragmentation during digestion, known as beta-casomorphin-7 or BCM-7, which leads to discomfort. Talking about A2 milk benefits, it doesn’t contain BCM-7.

A2 is the purest and unaltered type of organic milk produced. Produced by cows that have been reared with care and reverence. These cows are fed by fodder, greens, vegetables, jaggery and natural foods, clean water and kept in healthy conditions. No special solutions or medicines are given to them to alter their milk. No machines are used and the upkeep and milking process is traditional and in the Vedic way. Our cows give much less milk compared to European ones. That is why European cow A1 milk is easily and cheaply available. A2  milk has high demand but desi cow A2 milk dairies are limited as most dairies converted to European cow A1 milk as they produce almost 5 times more milk in a day compared to desi cows. It is believed that A2 milk is safe to consume for infants as well, who have very sensitive digestive systems.

One of the important  A2 milk benefits is that is easy to consume by most lactose intolerant people too. It is very healthy and easily digestible. Compared to being as healthy as a mother’s milk, the A2 milk contributes equally in building immunity, increasing metabolism and in providing Omega 3 fatty acids. These fatty acids contribute highly to mental growth too.

The high quantity producing European cows have practically replaced the high quality producing Indian breeds, in many dairies in the country. The economics work in favor of European cows and hence dairies can supply milk cheaply. The issue of quality is being ignored.  In India, even the government has been taking steps to promote native breeds of every region. Besides the government, some private entities to have realized the health benefits of A2 milk. Slowly we are seeing a resurgence in desi Indian cow occupying a place in a high quality focused dairies. These dairies give the utmost care to their desi cows and no corners are cut to produce this premium milk. Being the largest milk producer in the world, India carries the responsibility to promote the best quality milk.

A self-sustainable system needs to be in place for these dairies. This is where the A2 milk steps in for being healthy and organic. Organic methods of farming coupled with a biogas plant could solve economic problems by raising a livestock. Milk is a major source of protein in our diet. And we ought to ensure that the milk we are drinking is healthy and nutritious. As an aware consumer, we need to know the way our cows are being raised and only happy desi cows give the best healthy milk.